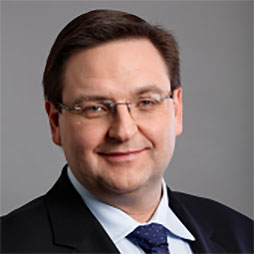 President of the Art Media Law Foundation. Lawyer, the General Counsel in Nexera Telecomunication Group and pracitces law in his  individual law firm. Former member of the National Broadcasting Council. He specialises in new technologies law, intellectual property rights, media and telecommunication, as well as competition and consumer protection.

He graduated from University of Warsaw with a degree in law. He later completed postgraduate studies in intellectual property law at Jagiellonian University in Cracow and MBA studies at Kozminsky University in Warsaw. He also studied strategic management in the UK.

Used to be the Counsel at the law firm Domanski Zakrzewski Palinka (DZP). He is an arbiter in the Copyright Law Commission. Previously, he had worked at Orange Polska as a public affairs director, and at the Ministry of Culture and National Heritage as the director of the legislative department and deputy director of the department of film and audiovisual media. He used to be partner at Cottyn law firm and an employee of the media group ITI. He began his career at the Chancellery of the Prime Minister in the office of the plenipotentiary for constitutional reform of the country, professor Michał Kulesza.